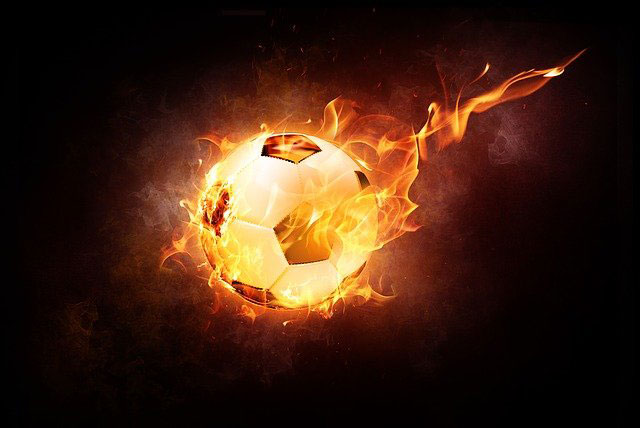 The 2022 FIFA World Cup in Qatar is just around the corner with the action set to kick off on November 21st at the Al Thumama Stadium in Qatar. Anticipation for the showcase event is reaching fever pitch with the World’s biggest sporting spectacle fast approaching, and fans of the United States Men’s National Team fans are starting to dream of lifting the fabled FIFA World Cup trophy aloft. Head coach Gregg Berhalter is in the midst of masterminding the team’s route to the knockout stages in what will hopefully be another successful tournament for the Stars and Stripes. He will need key personnel to be at their very best if they’re to meet their own lofty ambitions this Winter. The most immediate challenge is exiting the group and they will have to overcome England, Iran and Wales in Group B to make it through to the round of 16. As much as USMNT fans will have hopes of the team reaching the quarterfinals of the competition or beyond, nothing can happen in the knockout stage without first taking care of business in the group. The task ahead of them is daunting and after finishing third in their CONCACAF World Cup qualifying group, questions are still looming large as to whether this team has what it takes to go the distance in this year’s finals. But this is a team that has recaptured the magic they had lost after failing to qualify for Russia in 2018, with a heap of young talent and arguably the best squad in National Team history. MLS is the most attractive product it has ever been and the United States are riding the wave of momentum all the way to Qatar with a belief that anything is possible. With that in mind, let’s break down the group and see what the USMNT’s chances are in this year’s World Cup.

In the 92 years since its inception, the United States has never won the World Cup. In fact, the furthest the United States has ever gotten in the tournament was the semifinals back at the very first World Cup in 1930. The embarrassment of missing out on the 2018 tournament in Russia is well and truly behind them and expectations are high that this group of players can leave their mark in their 11th outing at the showcase event. Their main competition for the top spot in Group B will be Gareth Southgate’s England who are one of the favourites to win the entire tournament and lift the World Cup after finishing second in last year’s Euros, so even the most optimistic USMNT fan would have to admit walking out as group winners might be a bit of a stretch. Berhalter and his squad are favourites to finish second in the group with odds of qualifying to the knockout stages of +100 and with this being the first soccer tournament since the repeal of PASPA, Americans are able to start betting on the World Cup. The USMNT meet Wales in their first match of Group B on November 21 and even with LAFC new boy Gareth Bale in their ranks, Berhalter’s men are slight favourites to edge out the Welsh and walk away with the win. However, Rob Page’s side should not be taken lightly. Their 2016 Euros heroics show what they’re capable of at a major tournament come to mind and while they will be making their first World Cup appearance since 1958, with playmakers like Aaron Ramsey and the talismanic Bale on the pitch they will be a force to be reckoned with.

As for their final opponents in Group B Iran, it could be a tricky one to navigate for the USMNT. The off-field significance of the fixture will almost certainly take centre stage in the buildup and is sure an element of mind games that otherwise would not be present. As for on the pitch, if you buy into the importance of FIFA rankings, this should be a fairly simple affair for the US. Despite losing their last World Cup encounter in 1998 and Iran being the first Asian team to confirm their qualification for the World Cup back in January, the Iranians sit in 22nd with the US eight places above them in 14th. They have never gotten past the group stage and the team has had a disruptive qualifying campaign, which started under former Belgium coach Marc Wilmots before he was shown the door and replaced by Dragan Skocic. The saga continued in July when the Iranian FA fired Skocic only to reinstate him less than a week later after coming under widespread criticism. By comparison, the USMNT are settled and on a good run of form, maintaining an unbeaten run of four games and losing only twice in all competitions in 2022. The Star and Stripes will back themselves to get a result but a quick turnaround after the climax of the MLS season leaves them with very little time to prepare and could put them on the back foot. Six points should be enough to see them through and both Wales and Iran matches are winnable, but the players can ill-afford to underestimate anyone in this group either. The USMNT will be hopeful of securing victory in both and they will likely have to do just that to keep their World Cup dream alive.

Should the United States successfully navigate their way through the group they will reach the business end of the tournament brimming with confidence given their favourable draw. Presuming a second-placed finish they would face Group A’s winners, providing an easier road to the quarter-finals. There are still plenty of top-quality sides in the group such as the Netherlands, Senegal and Ecuador but the importance of potentially avoiding a World Cup favourite cannot be understated. This offers the USMNT arguably their greatest opportunity of a quarter-final berth for the best part of three decades. They will be up against it, but World Cups are famous for defying expectations, it will not be easy but the World Cup group stage draw back in April should have USMNT fans daring to dream and full of excitement that anything could happen should Berhalter manage to lead his side to the last eight.