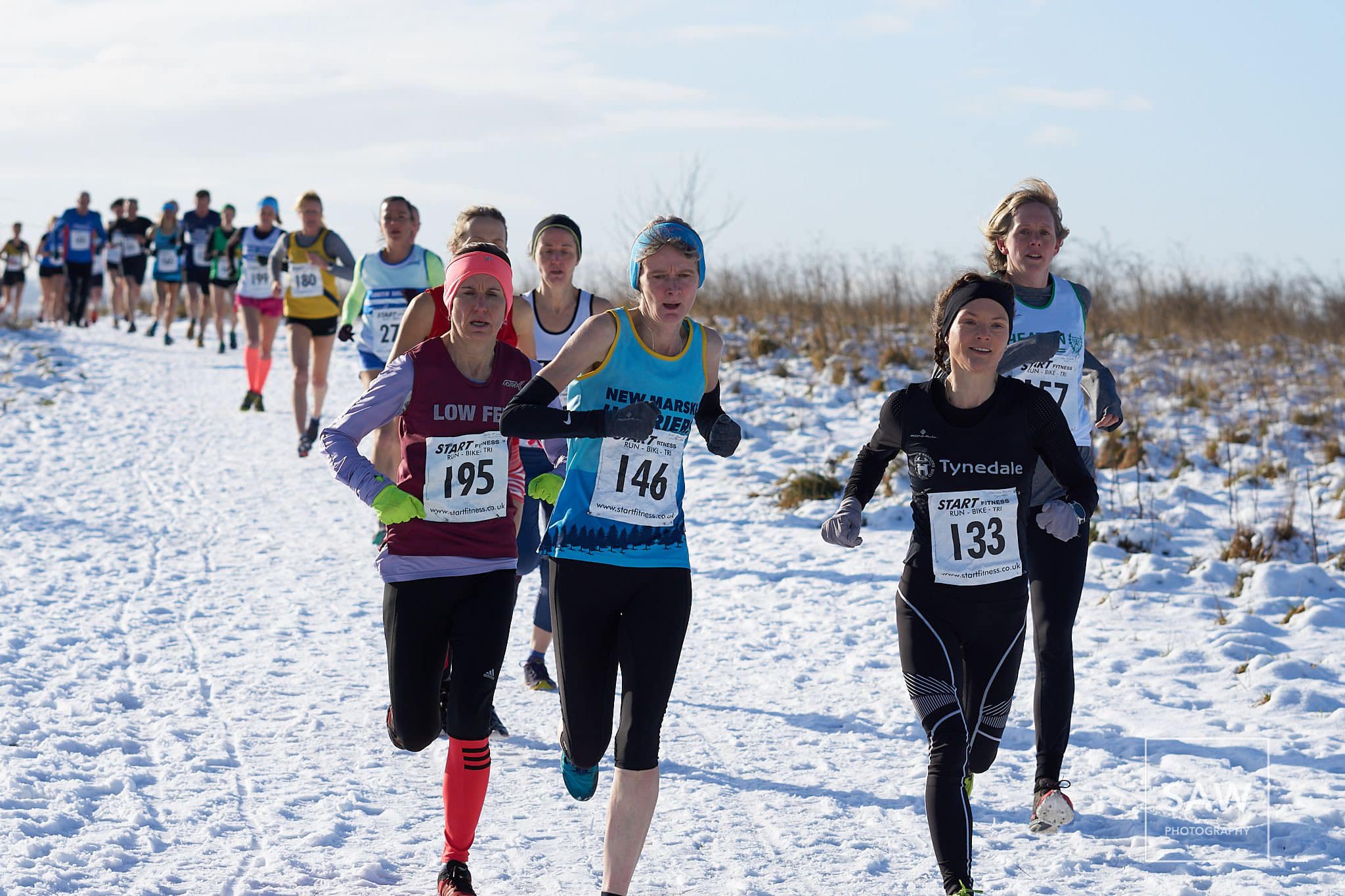 UK Athletics have recently begun a consultation with the aim of possibly equalising racing distances in cross country running. This isn’t a new discussion and it doesn’t seem to be going away soon. Gender equality in sport is important but in this case have they missed the point? Increases in numbers over the last decade for the sport would suggest it is in good health. From the questionnaire it seems a uniform 10K is the preferred option, however everyone running the 10K could be a turn off for both men and women.

On 22nd December 2020 UK Athletics released a joint statement with the Home Country Athletics Federations announcing a future consultation on cross country. Throughout the UK competitions set their own distances. The consultation aimed to explore how “Cross Country can provide equal opportunities for all participants at all levels in the future.” Responses were invited from England, Northern Ireland, Scotland and Wales. The press release mentioned that World Athletics have used equal distances at their World Championships since 2017.

An email with a link to the survey went to each member of a UKA registered club during the first week of January. In the email it again mentioned the equal distances in World athletics events. Athletics Weekly reporting on the story gave more details. “At global level the senior men’s race at the World Cross Country Championships was traditionally 12km while the women raced 8km until 2017 when distances were changed to allow both sexes to race 10km.”

Some readers read this as an attempt to influence the answers to the survey. 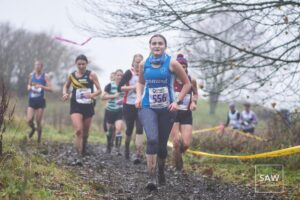 Criticism came from the three area athletics bodies in England. Northern Athletics, Midland Counties AA and South of England AA joined forces with the English Cross Country Association to object to the way the survey was carried out.

The member email outlined the aims of the consultation:

“To move this forward in the most practical way, it is important that we engage and listen to cross country clubs and their senior athletes, cross country competition providers, cross country leagues and other cross country stakeholders to understand what equal access means to them and then act on the feedback received in fulfilling our aspiration for greater equity in cross country in the future.”

The area governing bodies felt the text was clear and the survey should only go to those with an interest in cross country who would understand the practicalities of the questions. We at Northern Athletics have grave concerns that the survey will not be representative either of the real issues and concerns or reflect the genuine views of the cross country competitors.

I’m perplexed why UKA gives equal value to the opinion of a male hammer thrower or a high jumper as a woman who regularly spends her Saturday afternoons ankle deep in mud with 400 of her peers. 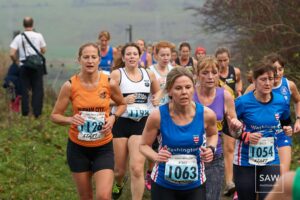 UKA defended its survey on January 15th, outlining extra layers of consultation for February and March after the initial questionnaire finished. Jo Coates the UKA Chief Executive gave an interview on the consultation in Athletics Weekly.

“Some people have concluded that we’re saying men and women should run the same distances but that’s not really what we’re saying. We can’t say what changes might or might not be made because we don’t know what the answers to the consultation are going to be.”

The option for equalisation was proposed by Molly Mcelwee in a Telegraph opinion piece who disagreed with the female athletes who had come out against UKA. “Why provide the opportunity to label women’s sport inferior? Unifying cross-country distances is an easy win.”

Since the survey landed placing athletes in boxes, controversy has reigned with several high profile female athletes responding. Paula Radcliffe and Zola Pieterse suggested there were more important considerations than race distances. Pieterse believed runners and UKA should lobby to have cross country added to the winter Olympics. Radcliffe argued,

“The women’s model has actually been better than the men’s, so to throw all that out in the name of gender equality for amateur runners who want to be able to run around a longer cross-country race, there is a danger that the elite side suffers.”

A week later an statement was issued by more than twenty former and current internationals. The group included Paula Radcliffe, Laura Muir and Laura Weightman. They disagreed with the phrasing and questions in the equalisation questionnaire.“UKA omitted the key question “do you agree/disagree on equalising distances” from its survey. Therefore, if a move towards equalisation goes ahead, we look forward to seeing other statistically robust evidence that this is what a large majority in the sport actually wants.”

The key point in the statement emphasised personal choice.

“In cross country, women and girls should race a distance which is: a) what they want; b) what is appropriate for their age and ability level; and c) what is best for their wider competition goals and race calendar. The criterion “what the men or boys run” should be well down the list in deciding. The same applies, in reverse, for men and boys.”

ICYMI 👉 Big-name British female runners such as Paula Radcliffe, Laura Muir and Mara Yamauchi have come together to issue a strong statement about the equalisation of cross-country distances.

What are the options? 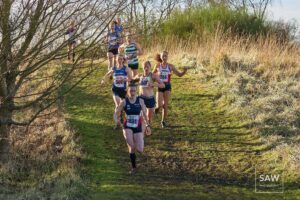 The North East Harrier League (NEHL) opened their own poll. The NEHL is one of the most successful leagues in the country in terms of participation despite the distances runners need to travel. Female runners in the NEHL have more than doubled over the last decade and changes including women’s races before the men have been well received. The league asked their 4,700 followers on Facebook for their opinion and around 10% responded.

From the votes cast in this small sample it it clear both men and women are happy with the current distances of races in the league. Currently women run between 6k & 8k and men 9.6k to 10.4k. In reality women run two laps of the course and men three. In the NEHL men over 65 can also run in the two lap race but do not count towards the team competition. 70% of men and 71% of women preferred the distances they currently run.

Why UKA are missing the point?

From the outset the question posed was all wrong. They wanted to find out  “how cross country can provide equal opportunities for all participants at all levels in the future.” In my opinion this shouldn’t be the primary objective of the sport or the consultation. A more fitting statement would be “how cross country can retain and increase participation while nurturing international athletes and giving race choice to the masses. It isn’t a question of equalising the distances of races but increasing choice so everyone can enjoy running around a field and getting muddy on a weekend. Equalisation won’t work for the local club runner who enjoys a Parkrun and helps out the cross country team or Laura Weightman who has easily won two of the races I’ve organised. At the Thorley NEHL cross country (picked at random) in February 2019 the women ran for between 25 and 55 minutes.

I know from my own club the equalisation of a cross country at 10K would cause irreparable damage to our women’s team. For a small club recruiting the bare minimum of counters is a struggle. Increasing the distance they need to run would decrease the number of volunteers. A huge gulf exists between distances run by U20 women in cross country and 10K.

The offer of a 2 lap race for the men over 65 has allowed several who had stopped enjoying, or struggled to complete a hilly, muddy 10K a new lease of life renewing old rivalries in the 2 lap race. These men would miss out if both races were 10K. I don’t believe that factors like the time taken to complete the race should come into consideration. It is up to the organisers and schedulers to be welcoming to all abilities. 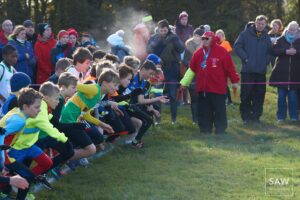 My simple solution to the conundrum

I think the common sense way forward would be:

We have the technology to implement these changes quite easily into our competitions. It may involve more runners taking part in the wrong race and increase pressures on team managers when submitting teams. After initial modifications it shouldn’t hamper league or competition officials to have two races in one. 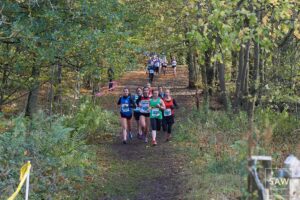 The proposed timeline for the consultation is as follows: 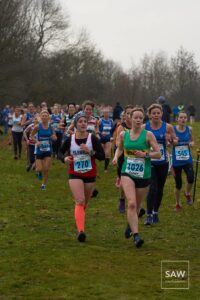 (The author would like to thank Stuart Whitman for the permission to use his race photographs.)

We hope you enjoyed the article ‘UK Athletics Cross Country Consultation – Are they missing the point?’ Do you think UKA will listen to ordinary runners? What distance would you like to run?? Let us know!