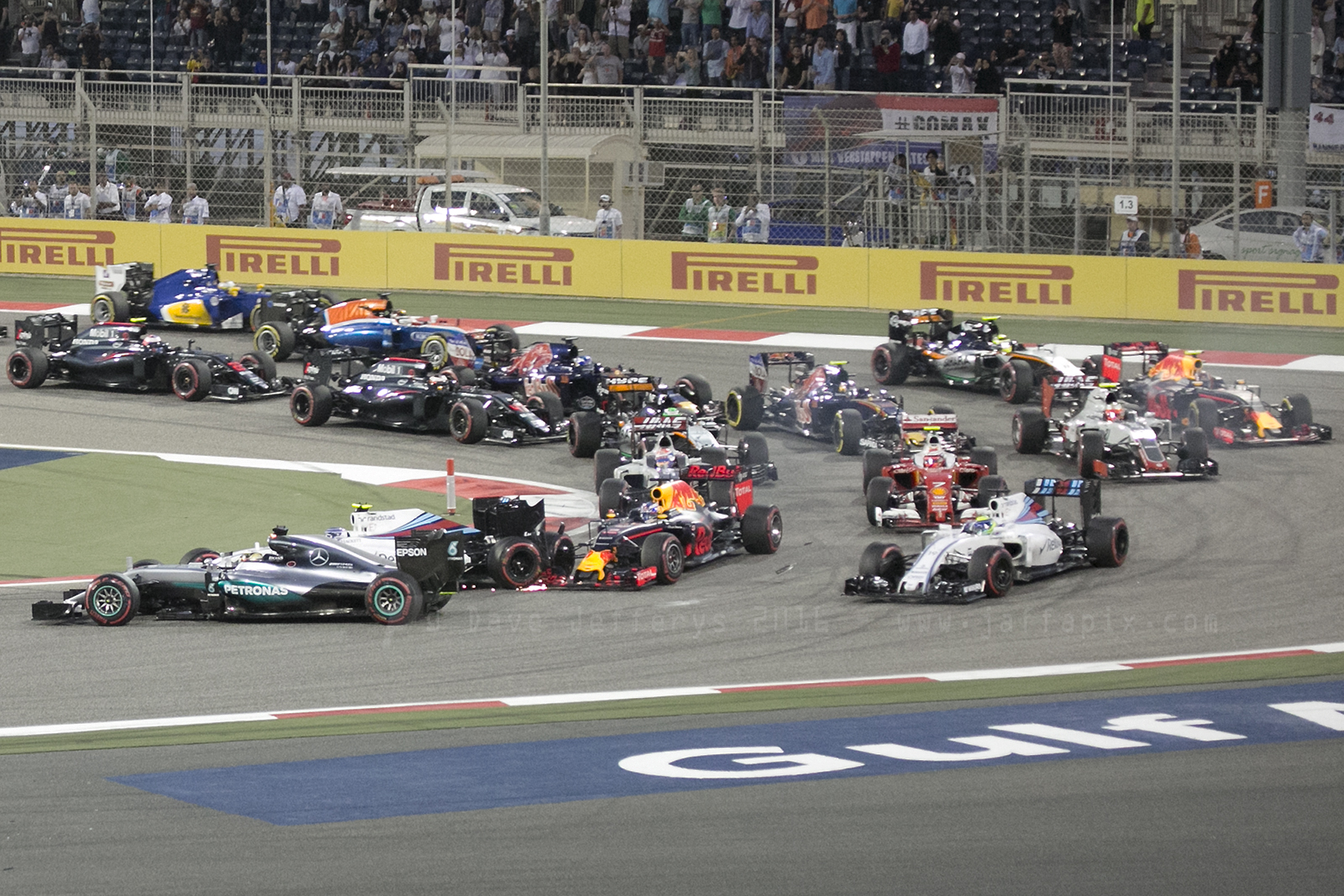 Looking Ahead to the Sakhir Grand Prix

F1 returns to Bahrain International Circuit for the Sakhir Grand Prix for round 16 of 17, and what a race it could be!

Last weekend saw F1 make their first trip out of Europe and to the Middle East in the 2020 calendar, and it was a Grand Prix full of distraught, sadness, and reflection. Lewis Hamilton drove to victory in the Bahrain Grand Prix, but it was heavily overshadowed by Romain Grosjean’s fatal crash that saw his Haas car split in half and burst into flames. Thankfully, the driver was able to get to safety, suffering just minor burns and no broken bones.

Although drivers will be returning to the same circuit for a consecutive weekend, the FIA and Bahrain International circuit have decided on the outer layout, which could see lap times under a minute and one of the shortest circuits in F1 – second to Monaco. If that doesn’t get you excited, then how about a new driver in Hamilton’s car and two new debuts just to spice things up even more.

Hamilton tested positive for coronavirus on Tuesday morning and will miss the Sakhir Grand Prix, possibly the Abu Dhabi GP if he returns another negative result next week. Mercedes needed to find a driver to fill the boots of the World Champion, and it seemed their reserve driver, Stoffel Vandoorne, was going to get the nod.

However, Williams’ George Russell was confirmed as Hamilton’s replacement on Wednesday morning for the Sakhir GP. The 22-year-old is part of Mercedes junior programme and was heavily linked to replace either Valtteri Bottas or Hamilton in 2022, so it is the perfect time to see if Russell can perform at the highest level. Also, the British driver is yet to score a single point in his F1 career and is sure to end that duct this weekend.

It's official ✍️😉 @GeorgeRussell63 will replace Lewis this weekend in Sakhir 👊

Williams’ reserve driver, Jack Aitken, will make his F1 debut at the weekend to take the place of Russell. The 25-year-old drove the FW43 in FP1 of Styrian Grand Prix earlier this year and has competed in F2 this year, scoring two podiums and eight other points finishes. Williams – who has yet to score a point in 2020 – could have a wonderful opportunity to finish in the points due to outer layout. Especially as the Ferrari-based engines will struggle due to lack of straight-line speed.

Haas will also have a debutant in their ranks for Sakhir Grand Prix as Pietro Fittipaldi will replace Romain Grosjean, who is still recovering from minor burns on his hands after being discharged from hospital today (Wednesday, December 2). Fittipaldi – the grandson of two-time F1 champion Emerson Fittipaldi – is Haas’s current reserve driver, and has attended the majority of F1 races this season with the team. Team principal, Guenther Steiner, has given Grosjean at least ‘one-race off’ to recover and hopefully make his final appearance in Abu Dhabi.

The past couple of days have been busy for Haas, who also announced that F2 drivers Nikita Mazepin and Mick Schumacher will replace Kevin Magnussen and Grosjean for the 2021 F1 season.

The 25-year-old will take the place of @GeorgeRussell63 this weekend, whom the team has released to drive for @MercedesAMGF1 in Bahrain.

The battle for 3rd

Although we have the potential of Russell scoring his first points and Aitken & Fittipaldi making their debuts in F1, the race for 3rd in the constructor championship is eye-watering.

McLaren currently occupies 3rd after a 4th and 5th place finish last weekend, while both Racing Point drivers were unable to finish. Renault also lost vital ground on Sunday after they could only score eight points.

Without Hamilton’s dominance; McLaren, Renault, and Racing Point have every chance of securing a rare podium and some great points ahead of the finale in Abu Dhabi.

Another week, another race in Bahrain 🇧🇭 👊 @PierreGASLY and @kvyatofficial look ahead to the Sakhir GP which features a new circuit layout on the outer track 👌 It should make for some exciting racing! #AlphaTauri #F1 #SakhirGP pic.twitter.com/t2VklOkVjY