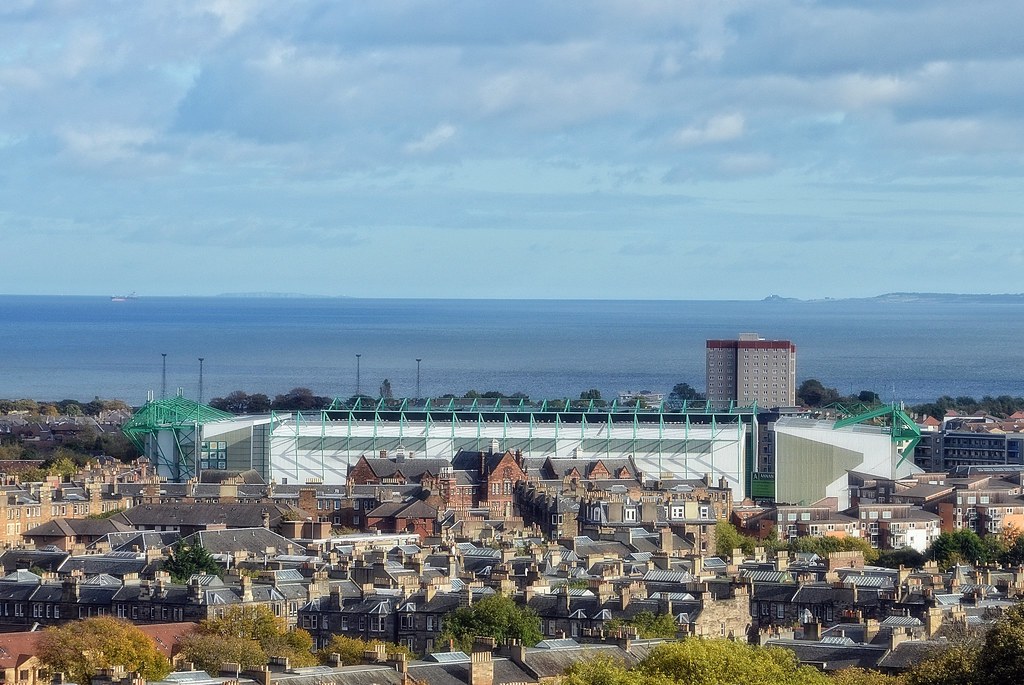 If a pub quiz question was to ever ask: ‘when was the last time an Edinburgh side finished third in the Scottish Premiership?’ You would only have to remember back to five season ago, when Hearts finished below Aberdeen and Celtic, whilst Rangers were still in the process of climbing back up the leagues.

But if the same question was to ask: ‘when was the last time the green half of Edinburgh finished among Scotland’s top three?’ One would have have to go back further, to the 2004-05 season, and to the days of strikers such as Garry O’Connor, Derek Riordan and Steven Fletcher roaming and supplying firepower to the side in Leith.

In the time since, Hibernian have finished 11th twice, spent three seasons in the Scottish Championship, won their first Scottish Cup in 114 years and won promotion back to the Premiership. Yet, after recording 17 points from their first eight games – including last week’s draw with Rangers – many are tipping Hibs to cement themselves just below the Old Firm.

Though this is a far cry from where they were at this point last season. With ex-Barnsley and Leeds United manager, Paul Heckingbottom, at the helm, Hibs won only one league game from the opening 11. Despite that grim record, Hibs’ main issue of early last season seemed to be their management of games. Of the ten other games that they didn’t win, The Hibees had actually taken the lead in six of them, and conceded three equalising goals (against St Johnstone, Aberdeen and Ross County) in the last ten minutes. Tie this in with being 1-0 up at half-time against local rivals Hearts, only to eventually lose 2-1, and you get a good image of the issue with Heckingbottom’s side early on last year.

But then Jack Ross emerged. Having left League One Sunderland in October 2019, Hibs swooped in to make sure they had the right man in charge after eventually sacking Heckingbottom in November. And the impact was immediate, with Ross quickly winning his first two games in charge and eventually leading The Cabbage to a solid 7th place finish by the time the league was halted early.

Hibs have been quick to carry that over too, and the start to this season has quickly shown the stark contrast this year as to last. When talking about the game management of last season, Hibs can now look toward this season and see that, of their five league wins so far, three of those have only been by a single goal. Where last year they might have struggled to see games out under Heckingbottom, this year Ross has strengthened the team and tactics meaning the defensive side isn’t sacrificed for attacking output.

Of their six current signings, Alex Gogic has been key to shoring up Hibs’ previous frailties. Last weekend’s match against Rangers saw him start in midfield alongside Joe Newell in the centre, with the Cypriot’s key responsibility to protect the defence and be on-hand to cope with any overwhelming attack Hibs might face. So far in this role, he has been magnificent.

Whilst Rangers did score two last week, being more than handy at creating chances, that’s not say Hibs weren’t doing more than their fair share offensively. Martin Boyle, who might well be Hibs’ biggest talisman, once again produced down the right wing despite being somewhat quieter last weekend.

For Hibs’ first, he created himself just enough space away from Barisic to get a low cross into the box, and for the second his spring through the defence and wonder to the left side resulted in a delightful high ball for Doidge to take advantage of. He may have got lucky with the offside decision on the second goal, but that takes nothing away from his creative abilities as he currently sits on three goals and three assists so far in the league.

Elsewhere, Kevin Nisbet and Christian Doidge have managed four and three goals respectively, giving Martin Boyle and the rest of the midfield some targets to hit. Nisbet especially is a special story, scoring 57 goals in League One and the Championship in the past two seasons, he looks fine with the step-up to the Premiership and delighted to be in a side that will give him opportunities to score.

With Celtic winning games despite not being the most impressive so far, Sunday’s game against Hibs could be a massive test. Hibernian haven’t won at Celtic Park since January 2010, but with the way both teams have been playing, they pose a massive challenge to Celtic, particularly with the amount of European games Celtic have had to play in recent weeks. It wouldn’t be a surprise for Celtic to find their best to defeat Hibs, but similarly, Hibs’ recent play suggests they might just go to Glasgow in the hunt for points.

🛣 We're heading for Celtic Park, looking to build on a strong start to the new season.

🤔 All your need-to-know details in the link below.

We hope you enjoyed the article ‘SPL: Hibernian continue their fine start to the 20/21 season.’ Do you think Hibs can compete for the title this season? Let us know!

The Rivalry of Adesanya and Costa

A former columnist and contributor for St. Mirren Football Club and former Sports Editor of the Strathclyde Telegraph, my passions are well and truly with Scottish football. The buck doesn't stop there though, as I try and cover as many worldwide teams and sports as I can, from the far reaches of Norway to the wacky world of mascots in the J-League.