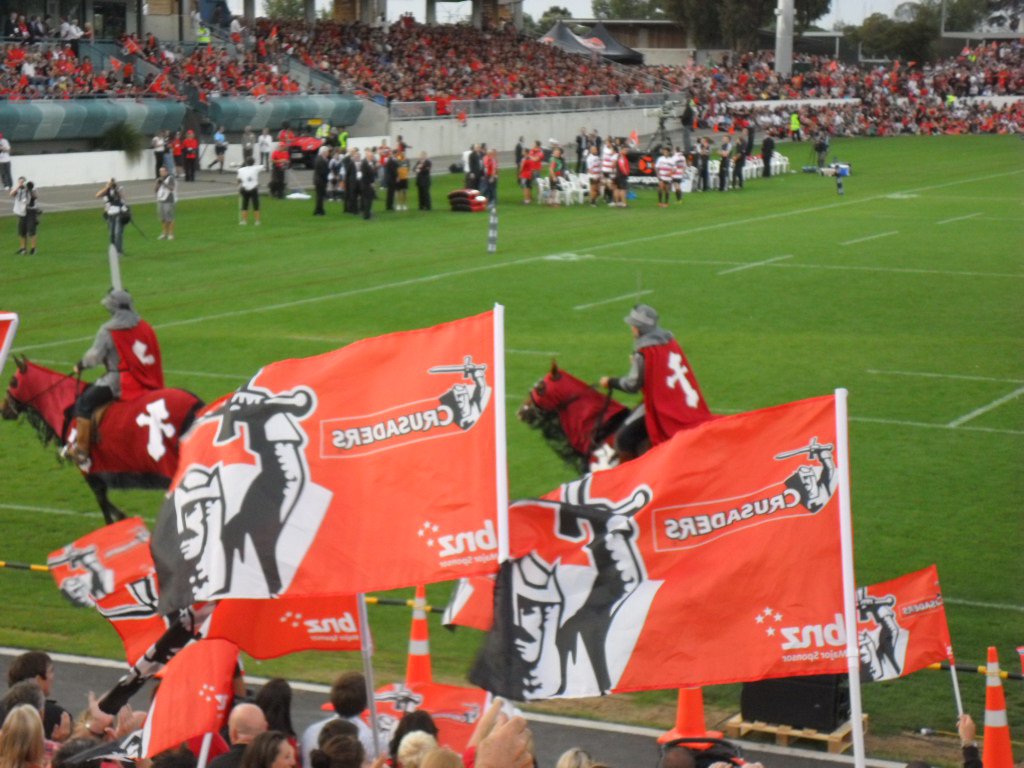 Crusaders consign Chiefs to eighth defeat in a row

A win against the Chiefs helped the Crusaders to bounce back from last week’s defeat at the hands of the Hurricanes. In a dominant final quarter, they pulled away from the Chiefs to win 32-19 away from home.

Within five minutes of kick off, the Chiefs had a chance to go three points ahead, but Damian McKenzie just hooked his kick.

Instead, the Crusaders took the lead through a frighteningly powerful run from Tom Sanders. He was released in space on the wing and picked up enough speed to barge through the considerably smaller McKenzie.

Richie Mo’unga’s missed conversion seemed not to matter as he started a move that culminated in Will Jordan continuing his try-scoring form. Despite the work of the backs, it was only after some good old-fashioned forward play that he went over untouched. Mo’unga added the extras this time and the Chiefs looked like they were in for a long night.

The home side managed to respond well and got a try of their own thanks to Lachlan Boshier. With McKenzie’s conversion and a penalty, the game was suddenly back in the balance at 10-12.

The Chiefs fought hard to stay in the game and nearly made it until half time. That was until Shaun Stevenson received a yellow card for a deliberate knock on and the Crusaders scored from the ensuing lineout. A powerful drive saw Cody Taylor bundle over, however, Mo’unga missed once again.

The Chiefs returned to the field with a bit more bite and won two quick-fire penalties that brought them back to within one point. Mo’unga replied before McKenzie reduced the deficit once again.

That was as good as things got for Warren Gatland’s side. The visitors scored a controversial try through Sevu Reece after the ball was dropped. Referee Ben O’Keefe, however, deemed it to be backwards, giving them a solid eight-point advantage.

In spite of their best efforts, the Chiefs could not close the gap and found themselves a further five points down. Leicester Fainga’anuku was set up by the excellent running of Mo’unga to crash over for a try on the 67th minute.

The Chiefs have now registered their eighth loss in a row and sit rock-bottom. They cannot finish any higher than fourth and even that would be a miracle. Next week they travel to Wellington for their final game of the competition. They will be looking for some consolation against the Hurricanes.

The visitors, on the other hand, are at the opposite end of the spectrum. Victory see’s the Crusaders bounce back after last week’s loss and demonstrates to the world their title-winning credentials.

Their bonus point today puts them seven points ahead of the Blues, who play on Sunday. Today’s win sets them up to win the title and they only need one win from their next two. Should they lose at home against the Highlanders next week, the Blues will have a winner-takes-all battle on the final weekend of Super Rugby Aotearoa.

We hope you enjoyed the article ‘Crusaders bounce back with win over Chiefs’. Do you think the Crusaders will win Super Rugby Aotearoa? Let us know!