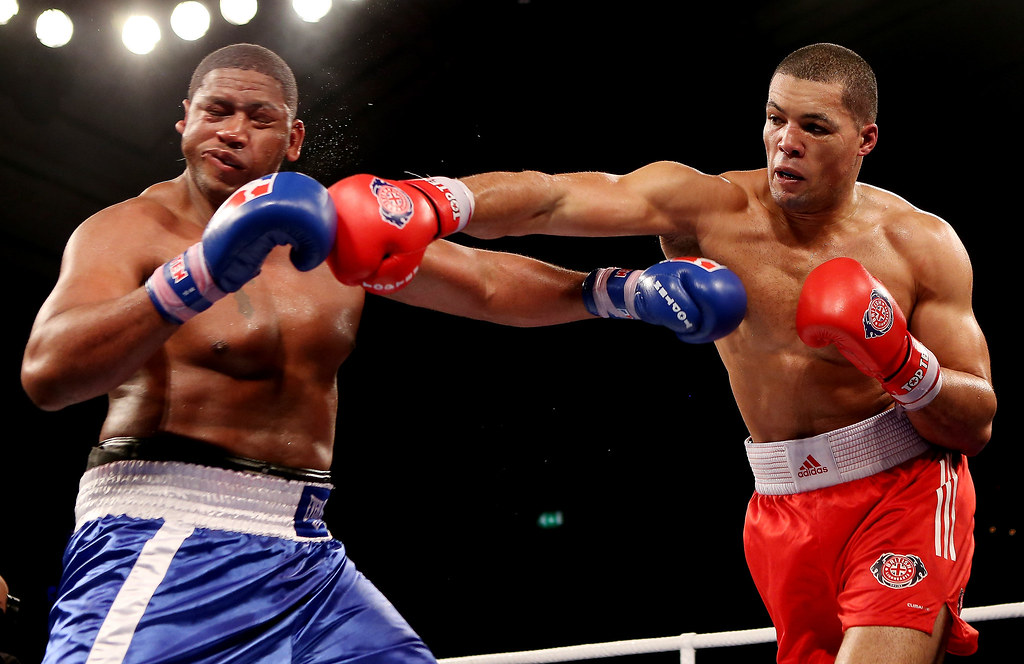 Who will come out on top this weekend?

Live boxing returns to Sky Sports this weekend as Matchroom Fight Camp gets underway. Topping the bill is an intriguing super-welterweight clash between Sam Eggington and Ted Cheeseman, as the two Brits attempt to show that they are beyond domestic level and ready to move through the rankings.

Both men have had their fair share of setbacks in recent times, but will believe that a victory on Saturday could catapult them back into title contention. Let’s take a look at their careers to date and how they are likely to approach the bout, in what is a must-win fight for the ambitious pair.

It is hard to believe that Eggington is still only 26 years of age. The Birmingham-born fighter turned professional back in 2012 and has had a whirlwind career so far. One thing that he cannot be accused of is running away from a challenge. The Matchroom Fight Camp should provide one.

In just his fourth fight, he entered Prizefighter, only to be outpointed in his opening contest of the competition. The following year he returned for another crack, and went one better by making the semi-finals before losing a razor-thin decision to Tommy Coyle.

Having lost two of his first 11 bouts, it would have been easy for Eggington to start padding his record. Many fighters do in these circumstances. Yet he kept seeking the biggest opportunities and it paid off handsomely. Eggington had an exceptional 2015, winning five straight fights to pick up the British and Commonwealth welterweight titles. He had proved that he was the best in his division in the country.

That was until March 2016. Here he came up against Bradley Skeete and suffered the third points loss of his career, surrendering his belts in the process. Yet Eggington did not dwell on this defeat. Instead he came roaring back, beating the likes of Frankie Gavin, Paulie Malignaggi and Ceferino Rodriguez on his way to winning the European title.

That was to be as good as it got though. In his first title defence, he was beaten by Frenchman Mohamed Mimoune. Two knockout losses have followed as Eggington jumped up a weight division, with his latest coming at the hands of former world champion Liam Smith.

With six defeats on his record, many have written off Eggington in the past. He has proven doubters wrong before. He will get the chance to do so once more on Saturday.

Cheeseman Looks to Get Back on Track

Professional boxing looked easy for Ted Cheeseman at first. By winning seven of his first nine contests inside the distance, he established himself as one of the brightest prospects in the country.

Possessing both skill and grit, it appeared that Cheeseman was destined for the top. An impressive points win over Carson Jones in February 2018 provided further evidence that he was progressing well. However, tougher tests were just around the corner. Later that year, Cheeseman won the British title, but was made to work hard by Asinia Byfield in a gruelling battle. The new champion had got the job done, yet had seemed easy to hit at times.

The warning signs were there, but Cheeseman pushed ahead and aimed to step up a level when he took on Sergio Garcia for the European title in February 2019. The Londoner’s defensive limitations were exposed as he was picked off and comprehensively outpointed by his slick Spanish opponent.

Cheeseman tried to bounce back just four months later, but had to settle for a draw in another hard-fought clash, this time with Kieron Conway. His next chance for redemption came against Scott Fitzgerald. Whilst Cheeseman showed more of the boxing pedigree that had helped him in the early stages of his career, Fitzgerald came on strong in the final rounds and was able to scrape a points decision victory.

This means that Cheeseman has failed to win any of his last three contests. His career is at a crossroads. He desperately needs to get his hand raised this weekend.

Nicknamed ‘The Savage’ it does not take much imagination to work out how Eggington will go about his business on Saturday. His relentless style has worked well for him in the past, and he will hope that it gets him over the line again here.

Eggington has claimed 17 knockout wins from his 34 professional bouts, showing that he does possess power. His aim will be to out-work Cheeseman and force a stoppage in the late rounds.

Cheeseman’s tactics are less predictable. He has been criticised recently for abandoning his defence, which has led to him taking unnecessary punishment. However, he did show more patience and boxing ability in his narrow defeat to Fitzgerald last time out. That could be the way to go here at the Matchroom Fight Camp as well.

Eggington has had difficulty in handling boxers in the past, as demonstrated in his losses to Skeete and Mimoune. If Cheeseman can use the same tactics that he did against Fitzgerald, but maintain them for the full 12 rounds then he should be able to get a much-needed win.

Eggington has won his last four fights coming into this match-up, although they have largely been low-profile contests. This will be another step up in class altogether.

He has shown that he can get on a roll in the past, and put defeats behind him quickly. Cheeseman has yet to do this. However, many feel that the 24-year-old was unlucky to not get the verdict in either of his last two fights.

Particularly in the Fitzgerald clash, there were clear signs of improvement. Cheeseman appears to have greater versatility to his fighting style, and has less miles on the clock, meaning that he should be able to box his way past Eggington, with a late stoppage not out of the question.

We hope you enjoyed the article ‘Matchroom Fight Camp: Eggington vs. Cheeseman Preview’. Who do you think will come out on top this weekend? Let us know!