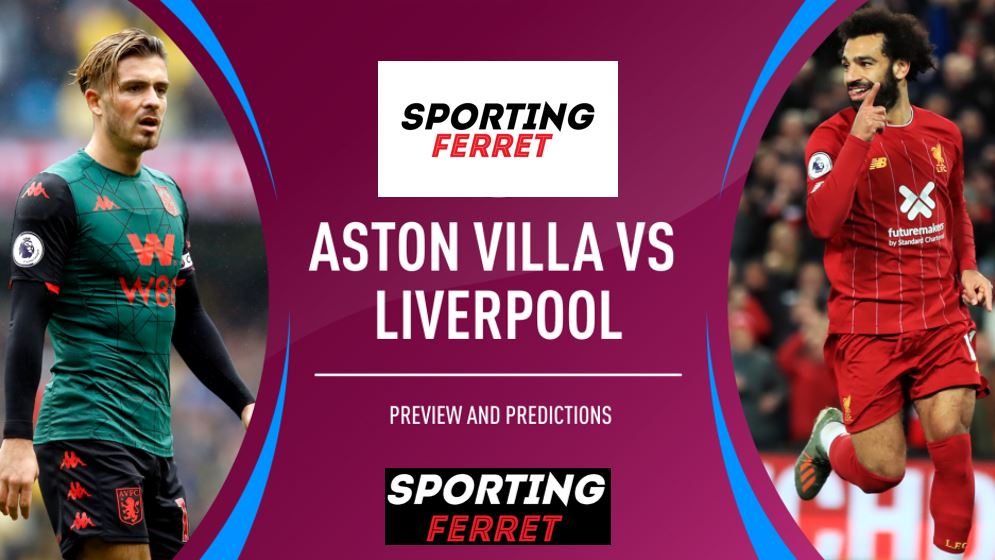 The champions will be looking to put in a performance befitting of the title after their first outing was one to forget. In action for the first time since being crowned Premier League winners, Liverpool were either simply outplayed, or still blurry eyed as they were beaten 4-0 at Manchester City. They will hope for clearer heads and a better result when they return to Anfield on Sunday to face relegation battling Aston Villa for a 16.30pm GMT kick off.

Liverpool Manager Jurgen Klopp cut a frustrated figure after that defeat at the hands of closest rivals City. With six games remaining and records to be broken, the German will be determined to not let his sides season simply fizzle out now. Visitors Aston Villa should expect a reaction.

As for the visitors they are getting somewhat desperate for points in their relegation battle. Dean Smith’s side form since the resumption hasn’t been awe inspiring, and facing a disgruntled Liverpool could well be the last thing they need.

It looked as though the Liverpool juggernaut was being halted back in November. The home side lead the runaway leaders through Trezeguet until the 87th minute. Jubilant scenes in the away end followed when Andy Robertson arrived at the back post to equalise. Moments later it was a near post flick on from Sadio Mane that found its way in to give Liverpool all three points.

Mohamed Salah as always will be key for the Reds. The Egyptian is chasing his third consecutive Golden Boot, something only Alan Shearer and Thierry Henry have managed previously.

The Villains will look to talismanic captain Jack Grealish to inspire a performance. The local lad has been the star performer in an otherwise disappointing season at Villa Park. Where Next for Aston Villa’s Jack Grealish?

Liverpool will be without Joel Matip for the rest of the campaign after the Cameroonian centre back picked up a toe injury. James Milner is close to a return from a hamstring strain. The only other doubt is over Xherdan Shaqiri who hasn’t featured since the restart.

Villa have concerns over defender Ezri Konsa who will have a bruised foot assessed before tomorrow. Left-back Matt Targett will miss the match after injuring his hamstring against Wolves.

It’s hard to see anything bar a major reaction from the champions. After a humiliating outing on Thursday in Manchester, the Reds will be determined to flex their muscles once more and Villa could well be on the receiving end. Dean Smith and his squad may have to target other game to pick up some crucial points.

Where Has it All Gone Wrong for Leicester?