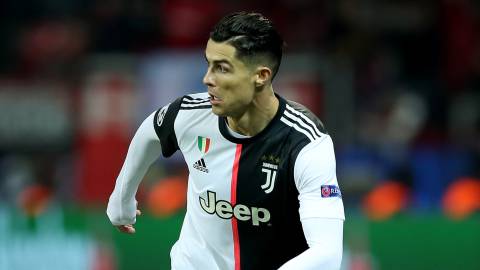 With a constant debate, Ronaldo is considered one of the best football players in the world and even regarded as one of the best players of all time. Cristiano has one 5 Ballons d’Or and 4 European Golden Shoes, that is the most for any European player ever.

Amazingly Cristiano Ronaldo has won 29 major trophies in his football career, these include:

Cristiano Ronaldo has made over 1000 professional career appearances and has scored over 700 senior goals for his club and his country.

How much is money is Cristiano Ronaldo Worth?

Cristiano Ronaldo is worth roughly $480  million

Where was Cristiano Ronaldo Born?

Cristiano Ronaldo was born in Madeira

Cristiano Ronaldo began his senior club career playing for Sporting CP, then moved onto Manchester United in 2003 at aged 18. After winning the FA Cup in his first season, he helped United win 3 successive Premier League titles, the UEFA Champions League, and the FIFA Club World Cup; at age 23, he won his first Ballon d’Or.

Read more here on the richest athletes in the world

Related Topics:Cristiano Ronaldo
Up Next

Who are Newcastle United’s New Owners?

The Most Expensive Championship Players