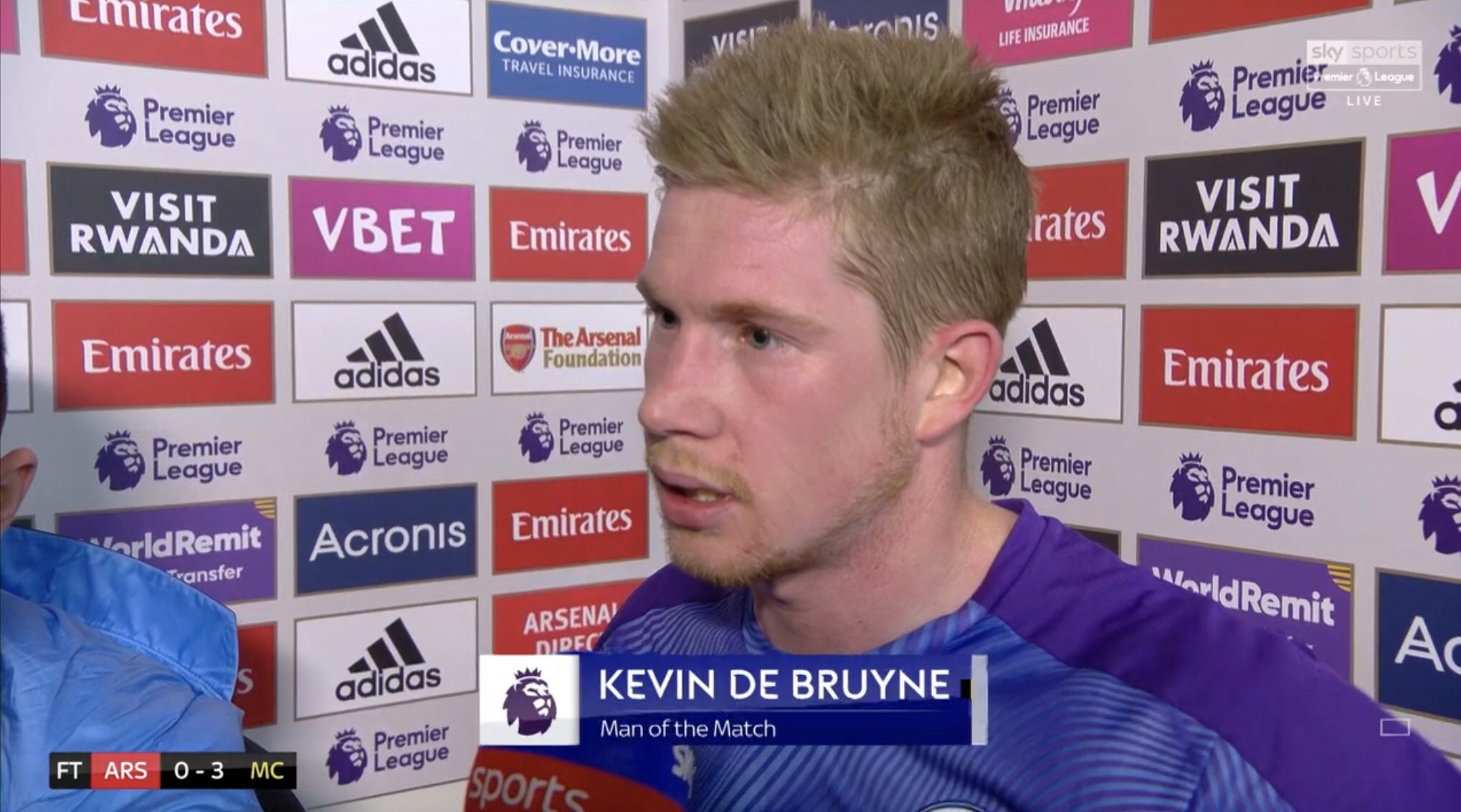 Manchester City eased to victory over Arsenal at the Emirates Stadium adding further misery for the Gunners.

Guardiola’s side hit the blocks running with De Bruyne firing Man City into the lead within the first two minutes of the match. Gabriel Jesus pulling the ball back to De Bruyne near the edge of the box, De Bruyne striking the ball sweetly to send it into the roof of the net.

A brilliant start from Manchester City and a fantastic strike from Kevin de Bruyne! 💥

Man City kept up the tempo by doubling their lead in the 15th minute. De Bruyne finding Stirling unmarked on the edge of the six yard box only needing to tap it into the net.

The De Bruyne masterclass continued with the Belgian finding the net again in the 40th minute. De Bruyne collecting the ball and driving towards goal ending with a precise strike into the bottom left corner from outside of the box.

Kevin De Bruyne is on 🔥🔥

The Belgium international is running rampant and @Arsenal have big problems.

The second half saw no goals however Man City were in cruise control for the majority of it.

The result see’s Manchester City still sit 3rd in the Premier League with 14 points between them and leaders Liverpool.

For Arsenal it see’s them in 9th, being both 7 points off from a Champion’s league place and a relegation spot. The lack of fight, inspiration and spark this current Arsenal team continue to show leaves them in a bleak predicament. Caretaker manager Freddie Ljunberg still unable to make an impact on this Arsenal side with just one win from five.

Who won Sports Personality of the Year 2019